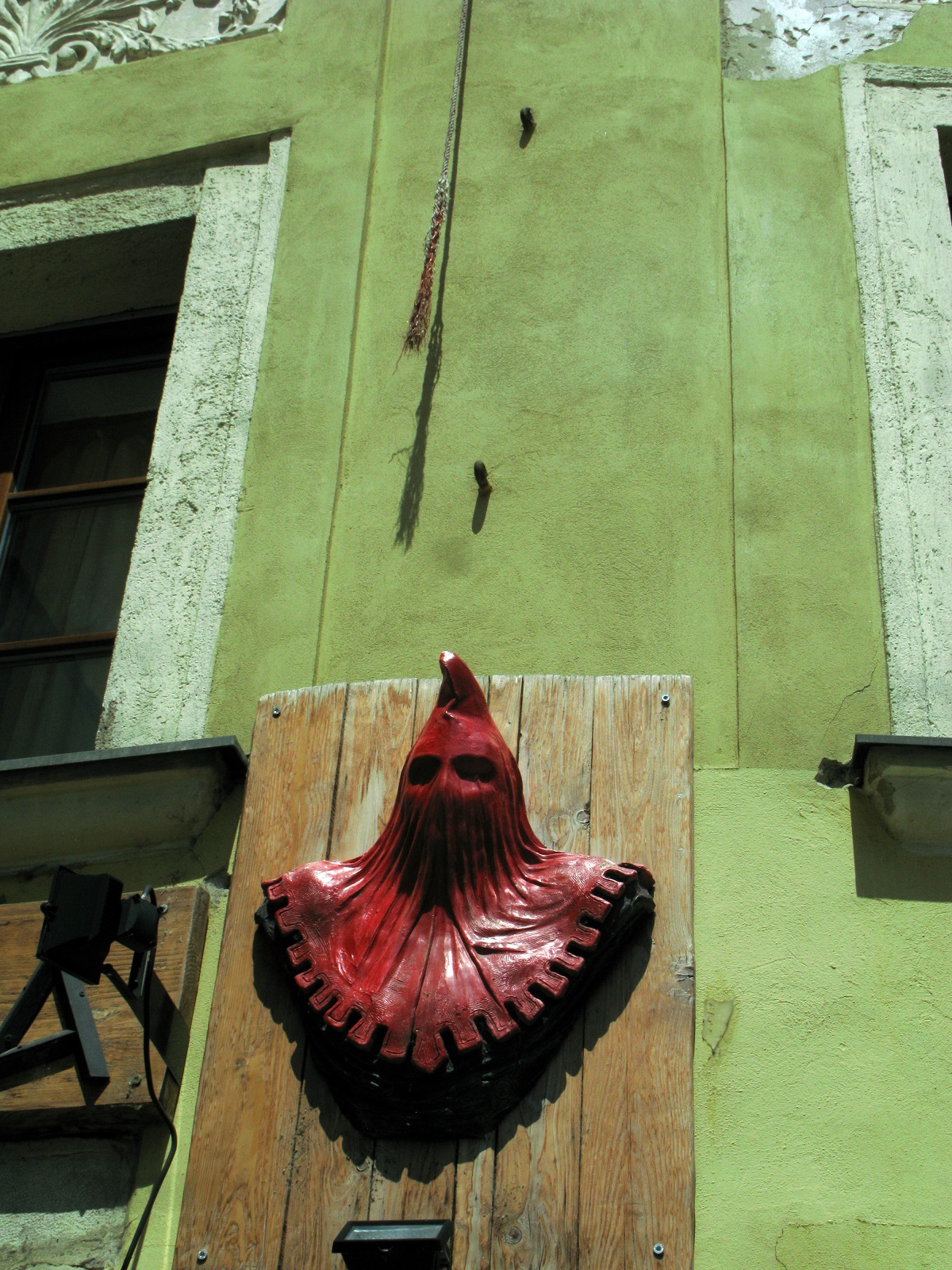 I have found when I visit cities that walking the less traveled streets often invites all kinds of interesting photographic discoveries. The easiest way to find these places is by looking at a city map and locating warrens of tiny streets often only a block or two in length.

The first two photographs, both from New York City, were taken while exploring some of the side streets near the city's art district. I found the older architecture appealing on its own but even more so from the repeated applications of images on its surface. Whatever one sees is simply the most recent layer in a series of layers left behind by the city's grafitti artists. Interestingly, there seems to be no effort to remove these works.

The third, Devil's Cord, Slovakia, was a taken while exploring the back streets of the city of Bratislava. I took the liberty of labeling this dramatic wooden sculpture as the devil as I was unable to determine it true identity. The cord hanging above seemed to disappear in the upper stories of the building and I have no idea if the two are connected. But it made for an interesting narrative.

Roger Camp is the author of three photography books, including the award-winning Butterflies in Flight (Thames & Hudson, 2002) and Heat (Charta, 2008). Roger's documentary photography has been awarded the Leica Medal of Excellence. His work is represented by the Robin Rice Gallery, NYC, and has appeared in The New England Review, Southwest Review, Chicago Review, and New York Quarterly.